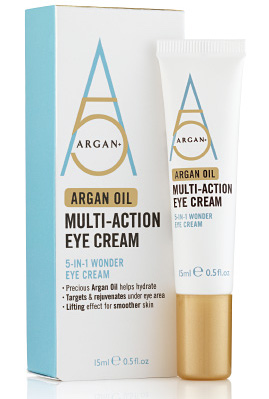 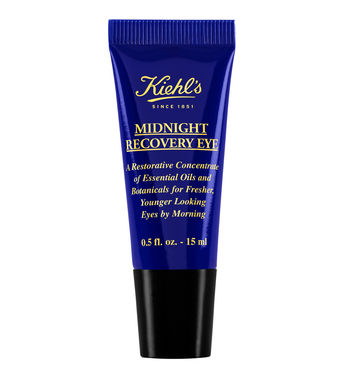 As you might have seen from my blog bio, I am pretty obsessed with finding the perfect eye cream. This started when I was in my 30s as I know the skin around the eyes is particularly fine and gets more so as we get older. I’m pretty fortunate to not have dark circles (I have no idea why considering how little sleep I get) or puffy eyes so don’t require a cream for those reasons, but I want to prevent fine lines and make the skin around the eyes generally feel more fresh and moisturised. I would love to try La Prairie and Creme de La Mer, but sadly my budget doesn’t extend to those price ranges. I did splurge on Kiehl’s Midnight Recovery Eye exactly a year ago and my little tube is still going strong despite using it once, sometimes twice a day. So definitely worth every penny of its £24.50. As for whether it is actually doing anything to my under-eye area, that is difficult to say. Maybe I would have more lines if I haven’t been using it – who knows.

I recently spent about an hour in TX Maxx looking at all the skincare and beauty products which are ridiculously reduced. I hadn’t heard about some of the brands on display, but was drawn to Argan Oil Multi-Action Eye Cream, 5-in-1 wonder eye cream as it looked a bit more luxurious and expensive compared to some of the more garish, obvious packaging of other brands. I have also heard positive comments about Argan oil in general and seeing as it was £3.99 reduced from £12.99 I decided to give it a go. It has a delicate, but nice fragrance and is easily absorbed into the skin with a light texture. I have been using it for just over a week in the morning and the Kiehl’s eye cream at night. The Kiehl’s eye cream doesn’t have a fragrance and is similar in texture to the Argan oil. You only need a tiny bit and it is easily absorbed. I’m wondering with the more expensive brands if skin feels taught as it sometimes does with a good serum. I guess as long as my eyes remain fairly line free then something is doing its job.

So to readers that keep up to date with Lucy Loves Me, you might have noticed I haven’t been around for a while and I apologise as I feel I have been rather lax with keeping up to date. I can’t believe the last time I wrote it was just over a week until Christmas and we were in full flow of Christmassy things. Now we’re nearly half way through February and even the New Year feels far away. I don’t usually ‘do’ resolutions although I did briefly consider joining a gym and trying to cut out carbs and cut down on sugar. Of course none of that has happened. I did look at a gym and would like to join, but I’m worried I might not use it as much as I should so haven’t signed up yet. And it was the children’s soft play area and weekend and holiday activities that mostly appealed to me as I know my son would be taken care of while I work out. However, I also know myself and I will end up relaxing in the cafe with a slice of cake and a coffee which will undo all the hard work!

Life has been incredibly busy of late, hence the absence. I have been writing a lot for BritznBeatz; interviewing music artists and seeking out amazing talented singers from all over the world in all genres of music. Along with freelance work and, of course, being a mum this means a lot of long days and late nights, but I wouldn’t have it any other way and love being busy. My down time is spending time with my son (when he is not being too energetic and can sit still or go and play for a bit) and a good coffee. We have been to the cinema a few times to see Storks and Kubo and The Two Strings which has been nominated for an Oscar and was fantastic (although a little scary for a 3-year-old in parts.) And I took myself off to see La La Land  as I wanted to write a review for BritznBeatz which you can read here. I loved it, but I also enjoyed having some ‘me’ time and going in with an open mind not having read a review or seen the trailer. Since then it has been nominated for even more awards and has had so much publicity so I know a few people who have seen it and didn’t like it as much as I did. Anyway, read my review and see what I thought. Weirdly, I was watching a film last night called 10 Cloverfield Lane and noticed in the credits it was written by Damien Chazelle who also wrote La La Land which was surprising as they are completely different films. However, I enjoyed both for completely different reasons.

I was fortunate to catch the Picasso Portraits exhibition at the National Portrait Gallery just before it finished last weekend and it was a fantastic exhibition featuring some very famous portraits by Picasso and some lesser known paintings as well as some sculptures and photographs. I learned a lot about the artist (how many women did he have?!) and really enjoyed the way it was laid out. As always, The National Portrait Gallery do this really well. It is a stunning gallery, but not too big and overwhelming so definitely worth checking out next time you’re in London. It is also in an ideal location close to Covent Garden (shopping) and Chinatown (eating) which I got to do both of. And it’s not often I get quality time alone with my mum which was the best thing about the whole day.

I will write more soon, but in the meantime would love to hear your thoughts and opinions about eye creams. Are there are any you recommend? And if you have seen the same films and exhibition as I have, it would be great to hear what you thought.

p.s. Excuse the dreadful headline, but it’s late and I have been struggling to think of anything better so this will have to do. It is not a spelling mistake, just a very bad pun.

iThere are no comments